During the inaugural function, Dr P S Ramani was felicitated by Dr Preetha Reddy, daughter of Dr Prathap C Reddy and Managing Director of Apollo Group of Hospital In India and abroad. Dr Ramani was felicitated as he is the only Asian who has been invited by the World Federation of Neurosurgical Societies to give the main lecture in their 4 yearly conference in Seoul Korea in September 2013 – a rare honor.

Dr Surender Mohan Tuli is a senior Octogenerian spinal surgeon from New Delhi and he is remembered all over the world for his “middle path regime” of treatment of tuberculosis of spine. 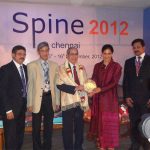 Seen in the picture is Prof Ramani along with Dr Parthiban, President of NSSA, (extreme left), Dr Suresh Bapu, Chairman of scientific Committee (second from left) , Dr Preetha Reddy and Dr Soudappan , Secretary of the conference. 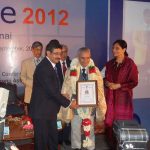 Dr Tuli along with Dr Preetha Reddy and Dr J K B C Parthiban. Prof Ramani and Dr Suresh Bapu are seen in the background. 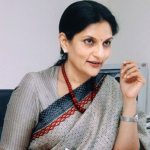